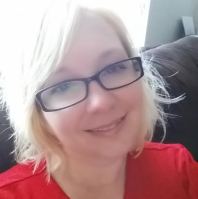 Jeanne McDonald is an author, a mother, a wife, a student of knowledge and of life, a coffee addict, a philosophy novice, a pop culture connoisseur, inspired by music, encouraged by words, and a believer in true love.  When she’s not spending time with her family, she can be found reading, writing, enjoying a great film, chatting with friends or diligently working toward her bachelor’s degree in literature.  A proud Texan, Jeanne currently resides in the Dallas/Fort Worth area with her family. 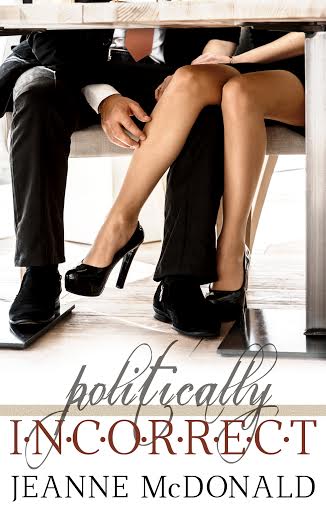 Sex. Lies. Greed. Power. Scandal. Politics.
Nothing gets by Elizabeth McNeal. As a forty-five year old
divorcee and a nationally renowned political strategist, she can claim to have
seen it all. Most of her adult life she’s focused on two important things ─ her
daughter and her career. Now, challenged by a new campaign and a new candidate,
Elizabeth is forced to reevaluate the things she most values and make some
major decisions that could impact her future.
William Baxter is a thirty-four year old Democratic
Congressman for the great state of Texas who’s vying for an empty seat in the
U.S. Senate. Accustomed to standing out in a crowd, Liam takes pride in being
true to himself and the people he serves. He refuses to fall in line with the
stereotypical persona of a politician. Backed by one of the richest men in
Texas, Liam is offered the chance to work with D.C.’s most elite political
strategist. With the odds already against him because of his party affiliation
and age, it’s an offer he can’t refuse.
Apprehensive about their age differences and driven by
politics, Elizabeth finds herself keeping score of their sensual game for
control. For the woman who thought she’d seen it all, the man in the eccentric
ties and a dashing smile teaches her a new game to play. Rules are made to be
broken. Lines are meant to be crossed. But in the high stakes sport of
politics, where one bad decision can destroy a campaign, can they afford to
rewrite the rules to meet their desires or will they choose to remain
politically incorrect? 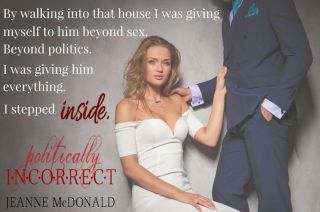