Mitch Brooks exists day to day by keeping the world around him at arms length. There is no going back to the man he once was. That man was broken in a way there’s no fixing. Any hope outside of that is nothing but wishful thinking, until he meets her.

McKenzie Williams needed an escape. The last thing she needed was a scary beautiful man beating down her door in the middle of the night. Now, if only their paths would stop crossing, she could convince herself she didn’t feel a connection to him. Life has shown her the dreams she once held dear will never come true for her.

Mitch struggles to get past the walls he’s built around himself while McKenzie works to build hers brick by brick. When the outside world exposes the vulnerabilities in his façade she abandons her own fears to stand by him. Will she be the one to save him from the darkness within him, or will he forever be chasing daylight? 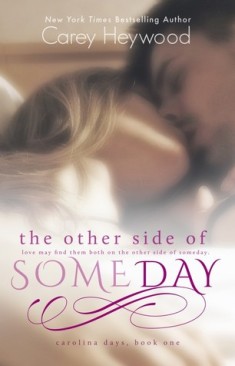 New York Times and USA Today bestselling author. She was born and raised in Alexandria, Virginia. Ever the mild-mannered citizen, Carey spends her days working in the world of finance, and at night, she retreats into the lives of her fictional characters. Supporting her all the way are her husband, three sometimes-adorable children, and their nine-pound attack Yorkie.

Image by Cool Text: Logo and Button Generator – Create Your Own Logo